In Search of Bison

I’ve been taking field trips with the Senior Center for a while with my neighbor, Shirlee and sometimes by myself. The one I took a few weeks ago was to Jackson Bottoms Wetlands Wildlife Preserve followed by visit to a Bison Ranch.

Our little bus and driver.

It’s good to see that seniors, no matter our physical limitations, have not given up on experiencing life. Some of us were in only slightly better shape and health than others but we each enjoyed something of the day.

Several were hanging back from the wind and chill

I would never know about these places nor get to see them other than going with our little shuttle bus from the Senior Center. Getting to know more of my community is important to me since I’m not native to the area. We always have a stop for lunch and it’s a good chance to visit with people I would not otherwise meet.

Acres of water and grassland. Wildlife was hiding that day. 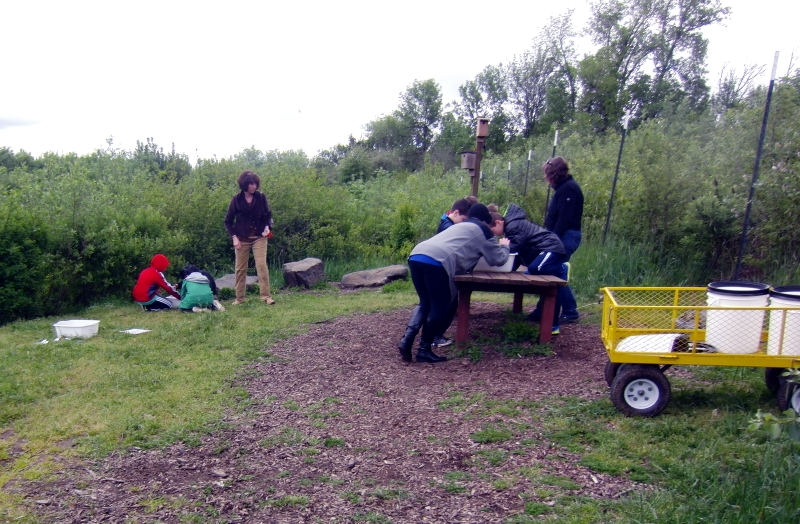 Lots of young people learning about our nature preserves too.

One of many Mason bee stations on the preserve

Lots of marsh land but the inhabitants were hiding. A bit camera shy

I have never seen a tree with these pretty blooms

Lots of waterways though the preserve

Can you see the bird feeders in the left corner. Well hidden.

First part of the trail through the preserve

There have been several trips I have not had time to write about yet but we’ll catch up soon, I hope. This trip was extra interesting as I love all animals but Bison are almost like dinosaurs. They have been walking this earth about that long and have adapted to their environment since then. According to our hostess, the Bison has reduced its size as its environment reduced. These animals were stunning to see but we were kept at a good distance. They are not cuddly animals that allow petting. They can be quite dangerous if you get to close and especially in calf season. Bison herds will surround the calves until they are mature. Our hostess had a large number of stitches in her leg to prove it. 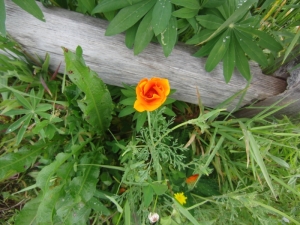 Bits of bright but no fuzzies or flutterbys

Our hostess had so much to say about the Bison that I just couldn’t remember everything. Next time, I’ll bring a notebook or a tape recorder.

Another pretty find on mt walk around the preserve.

These were raised primarily for their meat which is supposed to be more nutritious than beef. Also because of the limited availability, more expensive. But they are majestic animals and it’s sad to see them dwindling because there is no room for them to roam. Boy, do I know how they feel. Those big guys have knocked down every tree in their enclosure scratching against them. That’s some muscle

Resting around the calf. Only one this spring

For a number of years there were Bison on a ranch near my home in the mountains of Arizona. They were a gimmick to bring attention to new summer homes for Phoenix/Tucson snowbirds. By the time I moved away, the Bison were gone too. Not sure why. Maybe they went in search of greener pastures. There numbers are finally coming back up but who knows for how long. 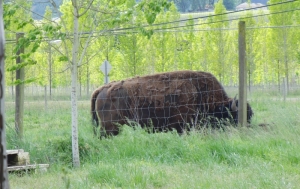 What animals do you find fascinating in our ever declining animal world? Any interesting field trips on your list?

In Search of that Grinder

In Search of a Lazy Boy