This rhyme was first recorded in A. E. Bray’s Traditions of Devonshire

This popped into my head this morning on waking. My mind had it wrong. It kept singing Thursday’s child works hard for a living. Since I’m a Thursday child I figured that’s why I push so hard and work so hard. The joke’s on me. I do remember thinking once when reading this rhyme correctly, that “the far to go” part had something to do with all the moving around the world I’ve done. It’s such a sweet rhyme, I think sometime my children were so fortunate to both be born on Friday’s. For them, the rhyme holds true. They are both loving and giving with tender hearts. Mother Goose, who this rhyme is attributed to, got it pretty darn close.

My son took this and sent it to me. He said this is what hard works looks like. Me sitting down on the job.

I was raised by parents that thought if you were sitting down, they would find something for you to do. If we wanted to just sit, it was done outside and out of their view.

I changed the oil, now help me up please

Working hard comes natural to me and I still do it though as I age, with much less vigor. My daughter bought a little sign for me that says “Don’t just do something, Sit there” I make her tired just watching me. There is a lot more sitting going on these days but rest assured, if I’m sitting, I’m still doing something. Reading your wonderful blogs, writing in my many journals, or doing handwork. 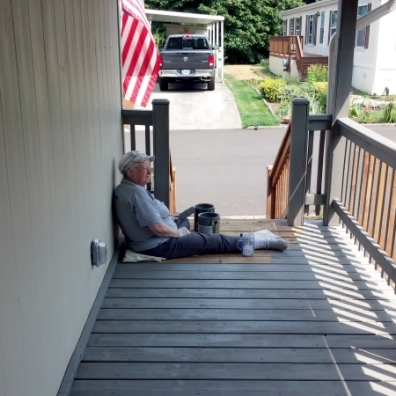 Still sitting down on the job.

I work a lot sitting down.

I’m not sure I’ll ever be able to sit and watch television without having my meal at the same time (yes, I know it’s not good to do that), have my laptop working or some kind of needlework to keep my hands busy.

Mattress went to a good home for free 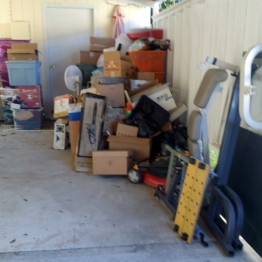 junk in the driveway

Sewing and quilting is not as much sitting down as jumping up and down. You sew a seam and get up and press the seam. It keeps one from getting stiff from sitting. My motion tracking device reminds me hourly to get up and move just in case my knees don’t. Most days during the summer months, that’s not a problem. 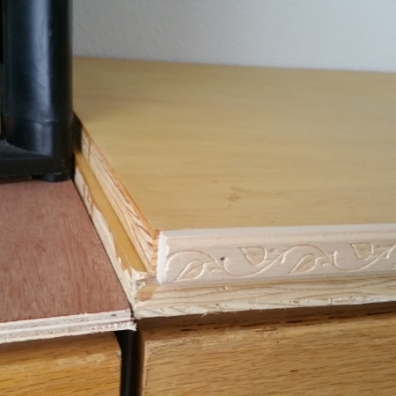 Hid the bottom board under the top one.

fresh start on the sewing space

Make a mess to clean one

Alys, where are you?

There has been so much to get done that I have to make a list of priorities. My driveway is clear again so there can be no complaints from the management. Don’t look in my shed or under my beds though. Every day is “clear something out day.”  I reorganized my sewing room to store an extra board, and the top of my closet because the shelf was off its brackets. I so wish my organizing friend lived closer.  With all the work I have done, I still have far to go.

Slowly, ever so slowly the process goes

How about you, does your day of the week apply?