Dad called her Suzy Q all the time though that was not her actual name. Sue was her middle name. I asked him once what the Q was for. He said it was for questionable. I think the question was mostly what she would get into or up to next. Right from the very beginning with her first toddler steps, it was apparent my sister was a pistol and born without the fear gene. Tiny toy pistols were exactly what Santa got her for her first Christmas.

We celebrated it in Colorado Springs. Dad was reassigned to Fort Carson after he got back from his tour of duty in Korea. He found a little house for us to rent and part of the rent was refinishing the floors. After sanding the floors and putting fresh finish and wax on them, mom would set the two of us on an old GI wool blanket and drag us across the floor to polish it. The polishing was done once a month and it was our favorite activity. Mom developed a very strong back and arm muscles dragging us around.

Mom had to keep my sister in jeans and a t-shirt all the way back in the 50’s. Sis was not still enough to keep dresses intact. Rough and tumble, into everything, mom ran herself ragged trying to keep her out of danger and mischief. 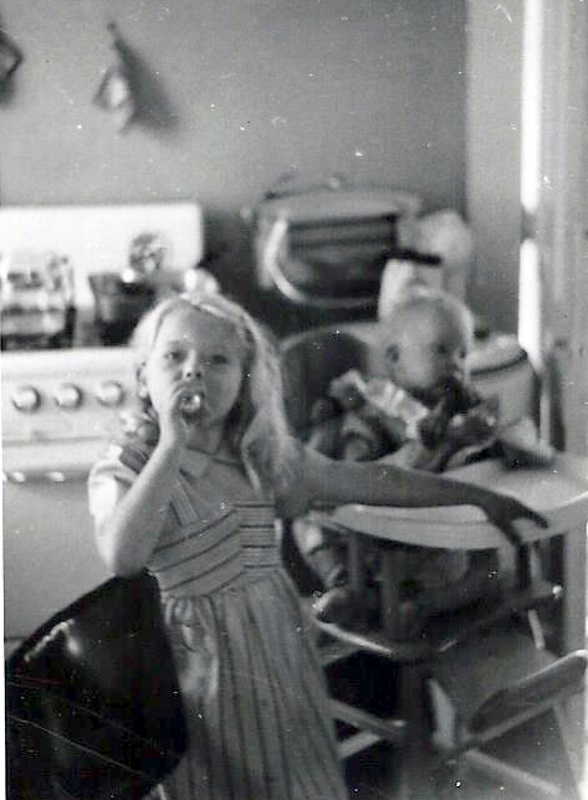 Keeping an eye on sis

If sis was no longer interested in eating the soup we had for lunch and mom refused to remove the bowl, sis would turn the bowl upside down on her head letting the soup drip over her face and clothes. Quite pleased with herself, she cared not one whit about the spanking that followed. Food was not something that we were allowed to waste, no matter how bad it tasted. Mom was not much of a cook and groceries were not plentiful. There were plenty of spankings but she would just strap on her toy gun belt with twin pistols and charge on. 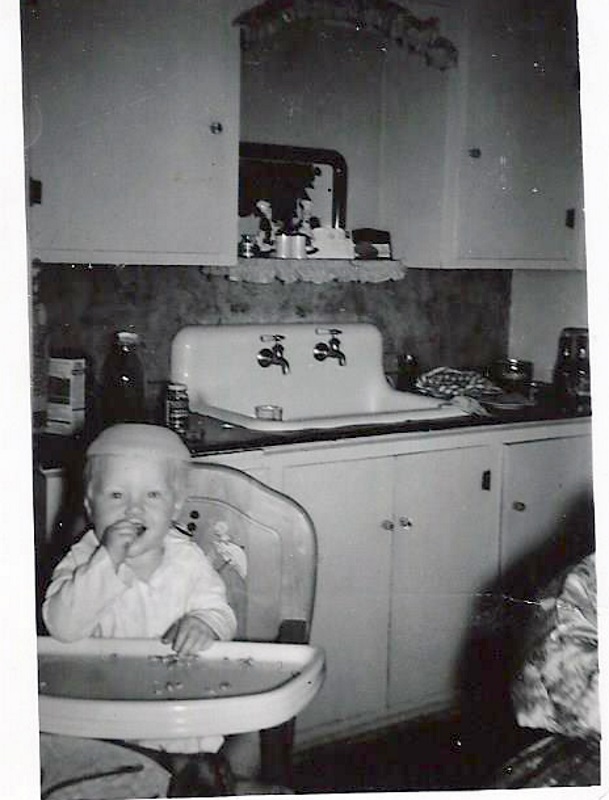 bowl on her head

On that same Christmas, I received a doll. Only one gift each, it was quite precious to me. I came home from first grade after the holiday and could not find my doll. My one-year old baby sister had somehow managed to get the doll past our mother and take it outside, tossing it in an open sewer pipe. Fortunately, she had only tried to bury it, not dismember it. She told us in what words she had that she didn’t like the doll. It had to go.

We were only there six months, then it was off to Fort Riley, Kansas for another six months before his next tour of three years in Germany. Oh, what fun my sister was going to have there.

The Appearance of Old Age