In Search of a Lazy Boy

I’m not talking about my son here. That boy is NOT lazy in any way, shape or form. He has worked long after I have melted into a puddle in the shower to ease my aching muscles. It’s the reason I have a hard time with summer. The outside work takes so much more muscle and energy than the inside work in the winter. 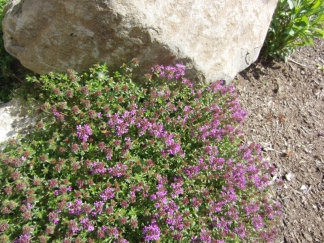 blooming ground cover. Can you see the bee? 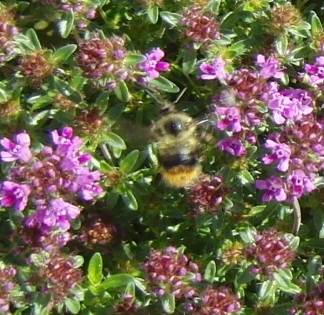 Can you see the bee now? 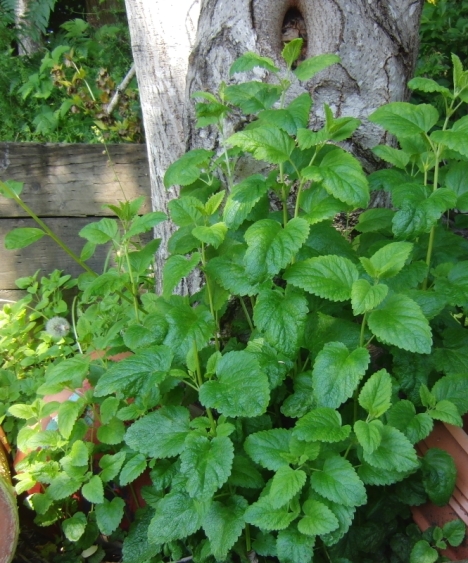 It may be Lemon Mint but it’s growing in the creosote beds so I can’t use it. Any ideas?

Quilting and sewing are easy in comparison to trying to replace lawn (if that’s what you call the close group of weeds). There was no way to grow a real lawn since there was no real dirt under it. Just thick oozing clay mud. All winter it was soggy and slippery as I did my careful squish, squish, squish dance to get to trash and recycling containers for weekly pickup. I layered cardboard in as many places as I had cardboard available from my move and anywhere I could find some used. 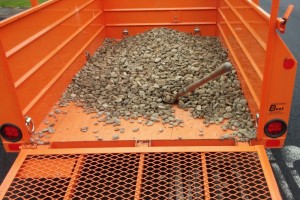 Looks kind of puny in there doesn’t it? Half a yard was quick.

It’s dried out a bit and that meant outside work must begin. First we rented a trailer after putting the hitch back on my car. Then we went to the landscape supply place and bought a half yard of river rock. It sure looked puny in that big trailer. 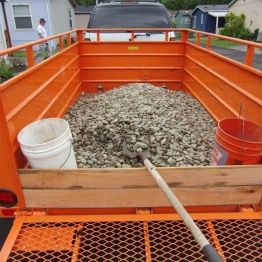 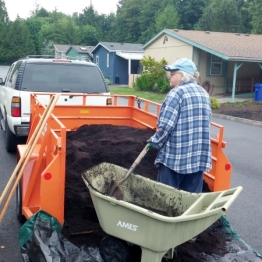 I had an easier time with the mulch. 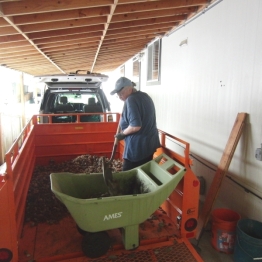 I really did do some of the shoveling. Just not most of it.

After we shoveled out the first load, back we went for two yards of bark dust. I had spread out some weed block and we shoveled even faster to get that out of the trailer. Then one more trip the next morning for a full yard of rock. Can you say ow? We (I) still have to spread all that wonderfulness. It goes a little at a time as the area is prepared. I also think there is a flaw in my plan as the entire property is slopping toward the house and rock around it. My brain hurts from trying to figure out a cheap fix. 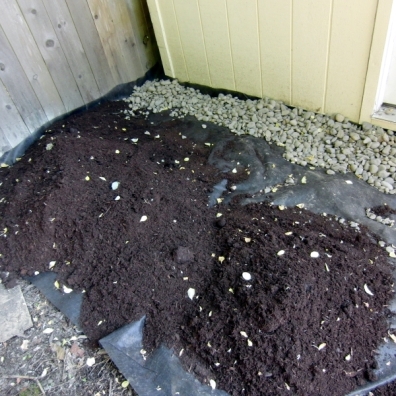 Mulch and rock behind shed. Nothing grows there. 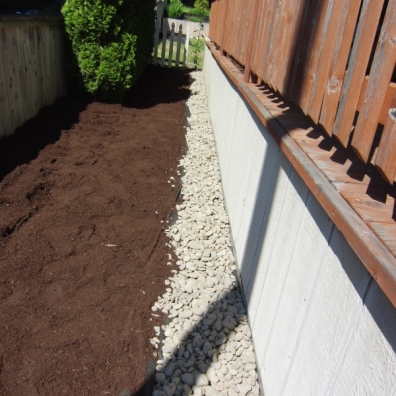 Rock against the house, mulch to the fence 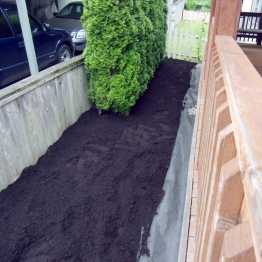 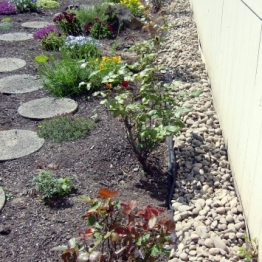 Up against the front of the house to keep the mud off next year. 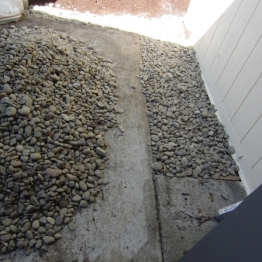 Along the edge of the shed and around the concrete porch

Did you think I’ve just been running around on field trips and retreats? Well, I’ve done some of that and watched as my son put in two electrical plugs on the front porch where there were none. Now we can plug in Christmas lights and laptops to sit outside. He put up a flag holder out front and railing off the back porch so I don’t wobble off and started one up the terrace steps. Right now he is working on my car (something about steering linkage) and I pulled weeds, moved rock and spread more mulch. I have the easy work. 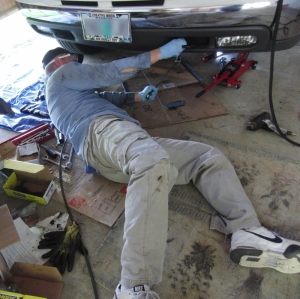 Tech Support being a mechanic aka Genius 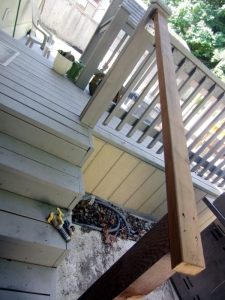 More work to do but at least something to hold onto. 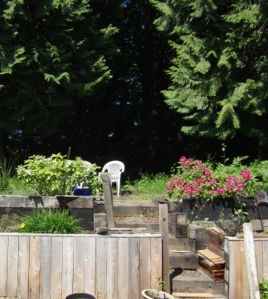 One post is in. Several more to go. The work never ends 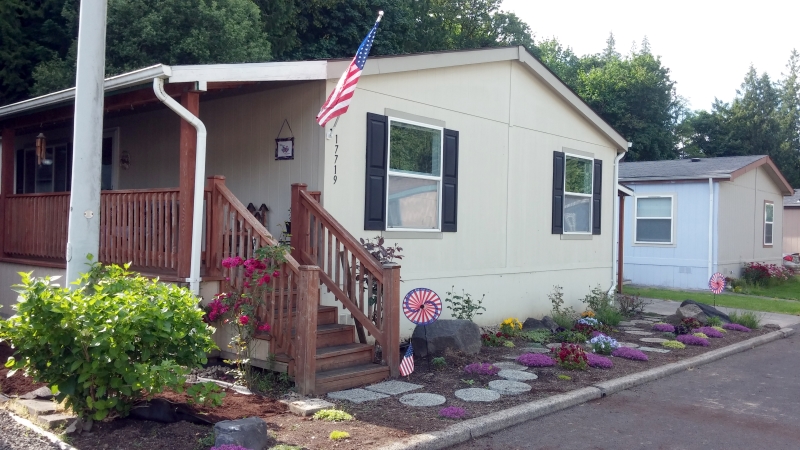 In time for Memorial day to fly his flag.

The easy work was only so easy. I was still trying to find a direct path from my shower to an available Lazy Boy. I must admit it was more of a waddle than a walk to find it. It did not disappoint. 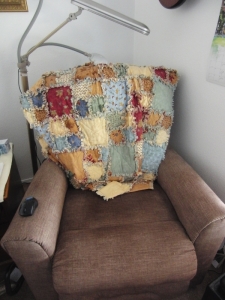 Do you have a lazy boy that brings comfort at the end of a long day? How many summer projects do you have lined up?

This is an Award Free Blog. Your comments are welcomed.
Join 864 other followers